The Center for the New Middle Class (CNMC) focuses on Americans with non-prime credit scores, or those that are below 700. Much of our research shows the ways in which these consumers must think and act differently to survive in the US economy. They often do not have access to the credit that would allow them to overcome even minor financial hurdles. As the COVID-19 pandemic has upended the financial stability of many American households, it is important to gauge how access to credit impacts these economic outcomes.

It is with an eye towards measuring the discrepancy between prime and non-prime economic outcomes that the CNMC has released monthly readings of the non-prime tracker. In this month’s report, we have identified insights in the following areas:

While the CNMC’s focus remains on non-prime Americans, this edition of the tracker reveals some interesting insights into the way prime Americans have been affected by the pandemic. We believe this report represents a forecast of the future state of non-prime America. The ranks of the non-prime will swell in the coming months and we are seeing those leading indicators in the prime responses in this report. Savings account ownership, personal retirement accounts, and ownership of a general-purpose credit card are all down for prime consumers. Prime consumers are reporting running out of money more frequently and experiencing extraordinary expenses that disrupt their household finances. These are the early warning signs that there will be a flood of people entering the non-prime consumer space in the coming months.

The latest tracker results show a continued deterioration in personal finances, especially for the prime population. There have been substantial decreases in the number of prime respondents reporting they have a savings account, retirement account, and credit card over the course of the COVID-19 pandemic. This erosion of savings may be a leading indicator of a larger-scale shift movement from the prime to the non-prime population.

July marked the lowest point since the onset of COVID-19 of the number of prime respondents who say they have a savings account. This continued the degradation that started in April and appears to indicate that the prime consumer is feeling the impacts of the prolonged recession. We do not see a corresponding impact on the non-prime population. This is not unusual. Most non-prime respondents had limited opportunities before the COVID-19 period and often are conditioned to survive through challenging economic situations.

The decline in the number of people who claim to have personal retirement accounts implies that prime respondents are sacrificing future security to make ends meet today. Again, non-prime respondents largely did not have these benefits before and are not seeing a decrease that would be statistically significant. However, July numbers represent a low point, so it is possible the few non-prime respondents who could claimed to have personal retirement accounts before COVID-19 may indeed be eroding.

It is largely understood that in recessionary times mainstream credit organizations pull back the amount of credit they offer their customers to protect their balance sheets. The tracker suggests that it is not just line amounts that are decreasing but that people who had access to credit cards are losing that access. The implication is that those prime respondents who had the flexibility of having a credit card when they needed it to overcome a financial hurdle will no longer have that flexibility. Their household finances will be fully exposed to whatever financial troubles that arise, no matter how modest.

There has not been a significant change in non-prime respondents saying that their day-to-day expenses are less manageable. The jump from pre-COVID levels has been sustained but have not worsened. Prime consumers report a little bit more volatility. The latest statistics would indicate a low number of prime household seven below pre-COVID levels–report that their day-to-day expenses are less manageable. Future reports will have to clarify whether this is a trend or an anomaly.

In the last three months, an increasing number of prime respondents are admitting that they are running out of money more frequently. Non-prime respondents’ numbers, meanwhile, are holding fast. This is again an indication that prime populations are becoming increasingly fragile through the COVID pandemic.

A major discrepancy between prime and non-prime respondents is the number reporting employer-provided medical insurance. One of the challenges for both groups at a time of mass unemployment is the reality that you lose your health care coverage at the same time as you lose your income.

A negative trend in income and employment metrics can be observed for both prime and non-prime respondents when compared to before the pandemic, yet the non-prime have been disproportionately affected. Both groups report increased incidents of job loss and job loss without severance.

The loss of employment from someone in the household has been dramatic for both groups. Forty percent of non-prime households have been affected by job loss which is up significantly from the pre-COVID-19 level of 24%. It appears that it has not been as bad for prime respondents, but there’s still a significant increase in households who report someone having lost a job.

The spike in unemployment is also borne disproportionately by the non-prime population. Though unemployment rates have fluctuated somewhat among prime respondents, they have settled at a similar level to the pre-COVID average. Unemployment for the non-prime, meanwhile, remains elevated.

The discrepancy between prime and non-prime is seen most starkly when breaking respondents down by FICO score; consumers with low scores have been affected most severely by unemployment in the wake of COVID-19.

While prime respondents have shown a much more significant movement into contract worker status in the last 3 months, it appears that both non-prime and prime workers are making that move. This shows resilience amongst workers, but there is an underlying risk to contract status, namely that such jobs do  not carry the same benefits as full-time normal employment.  Contract workers may therefore be more exposed to financial risks.

There’s a significant increase in the number of people who say that they lost a job and did not receive any severance. This holds true for both prime and non-prime respondents, though the increase compared to pre-COVID levels is more marked for the non-prime. This adds to the immediate stress to household finances and the urgency with which to find solutions for their lost income.

Non-prime respondents are consistently more likely to report that they hold employment that pays by the hour. This type of employment is less likely to carry benefits, but the more significant impact is a decrease in work hours represents a decrease in income even if a job is not lost. During COVID-19, when many businesses were cutting back, it is clear to see how non-prime households would be disproportionately impacted by a drop in income even when they did not lose a job.

Behaviors surrounding debt have generated some counterintuitive findings in this month’s report. By some measures, such as difficulty in managing debt, non-prime consumers have become worse off over the course of the pandemic when compared to prime consumers. Yet both groups also report some improvements compared to pre-COVID metrics; the number of both prime and non-prime respondents carrying a credit card balance from the previous month has decreased over the course of the pandemic. Also interesting: the number of respondents with more debt than savings remains largely unchanged compared to the pre-COVID average.

Even though mainstream lenders are pulling back, we are not seeing respondents report more difficulty in obtaining credit. It is likely because less credit is being sought.

While prime respondents reported a meaningful increase in the difficulty in managing their debt early in the COVID crisis, those levels have dropped down and look to have improved compared to  the pre-COVID period. Non-prime respondents, on the other hand, have continued to see a slight uptick in the difficulty of managing their personal debt levels.

One of the most curious things about the economic fallout from COVID-19 is that borrowing has not swelled in the non-prime populations. In fact, in several categories it has dropped significantly. Surprisingly, prime respondents are increasingly reporting an increase in the kinds of debt that they hold.

The percentage of respondents who say that they are carrying credit card debt continues at a slightly lower level then pre-COVID levels. This may be because consumers used stimulus checks to pay off their debt.

Another counterintuitive realization from the COVID recession is that the number of people who report having greater debt than savings has not fundamentally changed. This reflects the reality that financial difficulties have not translated into ballooning debt levels.

It is often difficult to understand what’s going on in the mind of respondents when answering a question. So many of the statistics in this report suggests a softening of the American household financial stability. And yet, the sense of financial security does not appear to be decreasing. It is important to remind ourselves that much of the results that we are seeing or in aggregate and that individual households even when they are in the midst of a financial trial, often see light at the end of the tunnel. The measure of financial security is a relative emotional measure not an objective one.

To capture how respondents may be feeling about the future, we look at whether respondents feel like the country is heading in the right direction. Improvements in the prime space may indicate the possibility that things are improving month-over-month. Non-prime respondents however continue to remain significantly below the pre-COVID average. 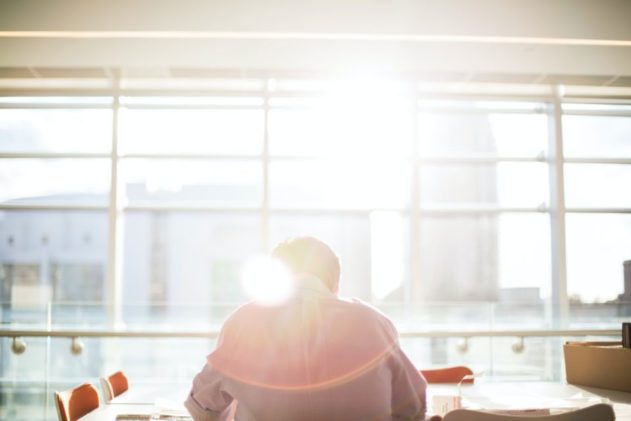 America has come a long way since the start of the COVID-19 pandemic began in March of 2020. As America builds back from the crisis, 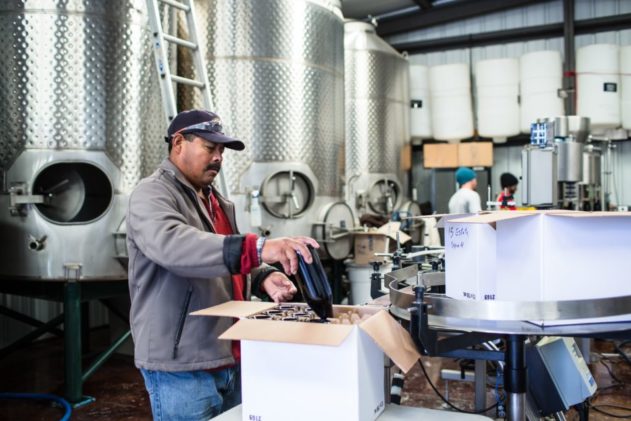 The past 16 months have been tumultuous for many Americans due, of course, to the COVID-19 pandemic. Everything seemed uncertain, especially when it came to